Once it’s all burned up, you won’t get anymore. Daylight that is. And so much more.

Burning Daylight Expeditions began in defiance of the revolving door titled “Do It While You’re Young.” We are not naive to aging joints or the inevitable responsibilities or plot twists of life. We think that self-exploration and limit-pursuing-experiences don't have an expiration date...or even a start date. Burning Daylight Expeditions is founded on the belief that every day is a day of your life, so how do you want to live it?

That day is sometimes spent glued to a keyboard or on hold with insurance/airlines or grabbing a drink with your old college roommate or getting eaten alive by mosquitoes in the most beautiful meadow previously seen on a screensaver. There are things we have to do, things we should probably do, and things that we only dream about unless we burn daylight to make it happen. Swallow the what-ifs and bring an empty jar - because this sunshine can be bottled and sipped long after the sun has set.

After a combined 25 years of experience instructing people in the backcountry, working for dozens of outdoor education and guiding companies across the globe, we did not find a company that fully aligned with our goals of disconnecting from the digital, reconnecting with the present, and pushing ourselves to try hard in the wilderness. An expedition with us involves being curious about what that unnamed lake on the map looks like in person, a desire to learn how to make the perfect backcountry cheesy biscuits, and a willingness to have conversations with others about “What does it mean to make the most of a day?”. Life is happening during all that we are there for and not - we want to practice with you how to make the most out of a day - whether that’s walking down the grocery aisle or through an alpine meadow.

The only way to truly know us is by burning daylight with us. AKA share a cup of coffee with a used-to-be-stranger - sleep in our eyes and matted hair beneath one of two hats, almost too excited to tie our shoes. When you are too tired to be anything other than yourself - then we will know each other. In the meantime, having eaten too much humble pie, we wrote each other’s bios...

Born to a New Yorker and Illinoyer, Heather grew up in North Carolina and went to school at UNC Chapel Hill (go tarheels) but owes her education to the wild plants that be and a never ending stream of podcasts.

From a young age, Heather has looked for any opportunity to spend as much time as she could running through the forest. What started as a way to push herself to see how fast and far she could run, has now turned into a lifestyle of covering miles measured in mountain passes in a day. When not running or identifying and pressing wildflowers, Heather spends much of her summer season leading backpacking trips from the Alaskan tundra to the remote Utah canyonlands. Her love of the mountains and the people in them is contagious and it’s not uncommon for her to become your pen pal after a trip in the wilderness.  When you feel like you’ve burned enough “daylight”, Heather is just getting started.

Originated 1990 in Tucson, Arizona and developed in the Sierras circa 2008 via living out of the family Astro Van.

His younger desert self wouldn’t believe it, but Brock wakes up most mornings to surf, even in the foggiest of frigid swells. When there are trails he runs, when there’s old wood he builds something, when the fish are biting he casts. Brock less adapts to his surroundings and more seizes them, embracing the moment, and when he was growing up it was climbing. He picked up climbing around the age of 15, tying knots on his brothers’ harnesses while comparing it to the diagram in the book. Following the novel idea of nature as the teacher, he went on to study Outdoor Education at a small school in the North Carolina mountains where he was also introduced to sweet tea and rhododendron forests. Brock continued to climb and hone his craft as an instructor for the following decade, working for dozens of companies around the US, Australia, and China. After meeting Heather and her musings, he began to expand his horizons beyond climbing and has since fully embraced the *thrill* that comes from watercoloring next to a stream, fishing at sunrise, and adding vegetables to quesadillas. 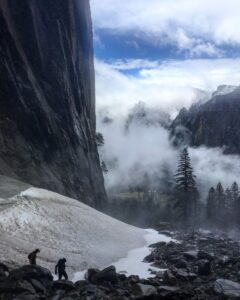 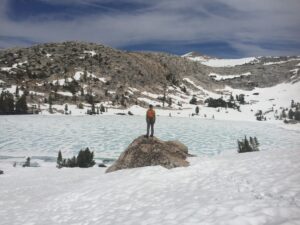 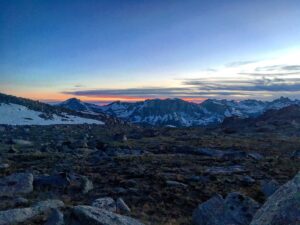 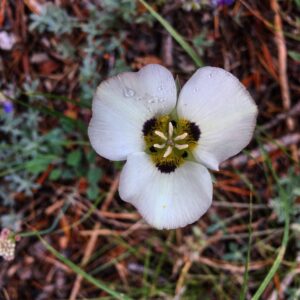 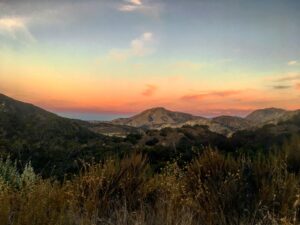 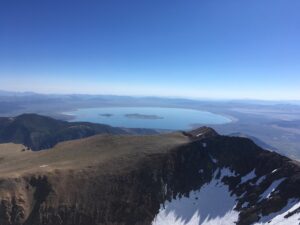 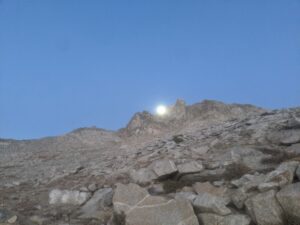 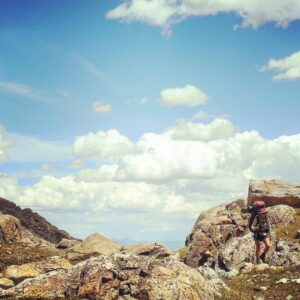 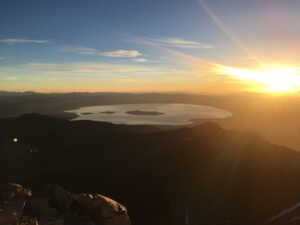 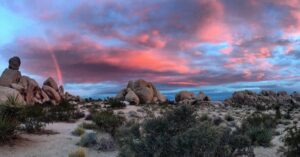 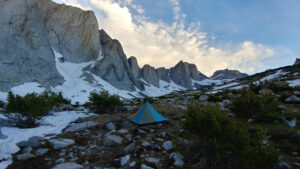